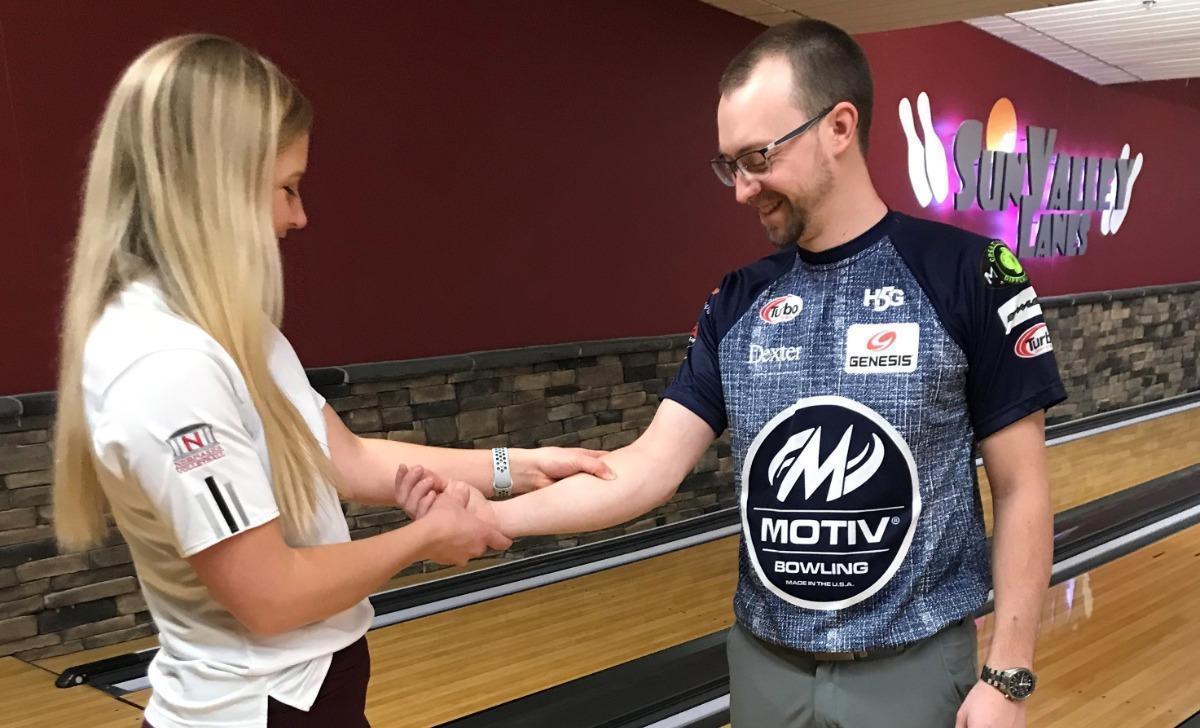 The pros are operating at such a small window for error, they understand the importance of, and even request, a sports chiropractor on-site for this week long tournament. Ascend Chiropractic had the most incredible opportunity to provide care at this event. We learned a lot, and wanted to share it with you!

The U.S. Open is like a marathon. It requires 56 games of bowling to narrow the field down from 108 bowlers to the five finalists, and another 8 games to determine the winner.

(I am pretty shot after about 2 games…)

We were lucky enough to learn from the best bowlers in the world about what areas of their body are under stress in order to determine the most appropriate treatment. This Sport Science with Sean Rash, one of the Open competitors, will blow your mind:

Sean’s shoulder rotates 68 degrees past its normal motion on his backswing, until he launches his (heavy) ball at 30 miles an hour.

He is accelerating incredibly fast, but to stay behind the line, he has to “slam on the brakes.” This puts over 1,600 POUNDS of pressure on his front knee. As ESPN’s Sport Science video points out, this is like a RHINO sitting on his knee… every time he bowls! Remember how many games we talked about the U.S. Open consisting of?

Another thing that we take into account as sports chiropractors is that some joints are made to stabilize while you are performing your activity, while other joints have to have more motion. There are even certain cases where a position athlete’s body has changed to make more room for an ideal range of motion used in their sport. 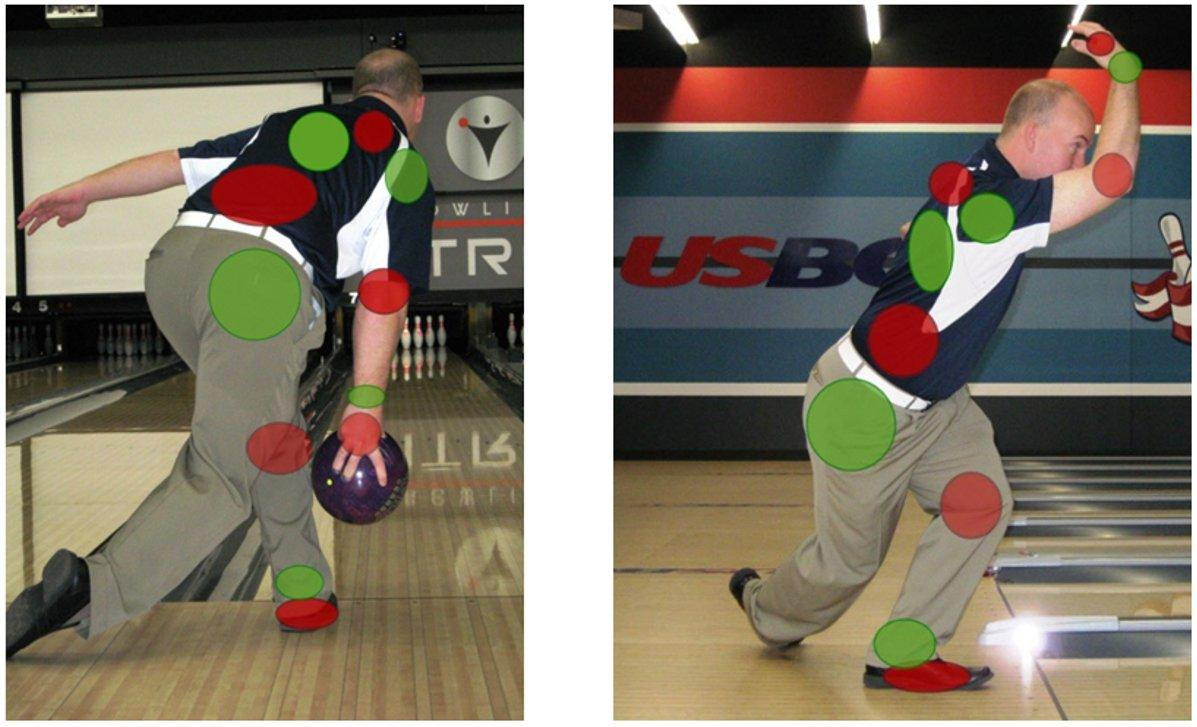 This picture, published in a post* written by Nick Bohanan, who is the USBC Sports Performance Specialist, circles the stabilizing joints in red, with the joints that need to have proper mobility in green.

Both the Sport Science video and above picture use a single-hander as an example. However, many of our patients during the tournament actually bowl with both hands on the ball! Not only was it cool to watch, it changed treatment as they had different forces on their joints. 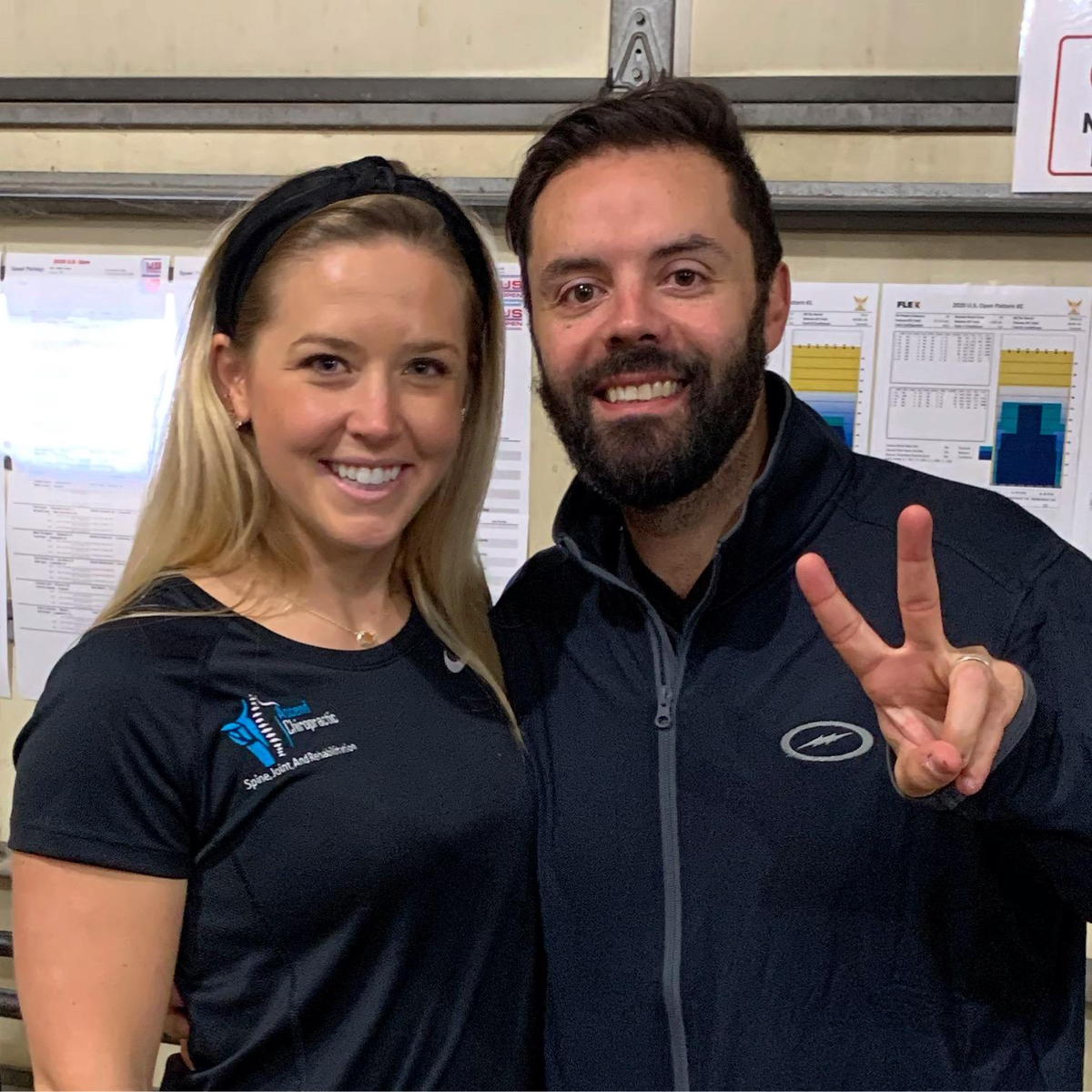 For our professional bowling patients – we focused on Active Release Techniques to free up motion in the forearm/wrists, shoulders, and hips. With these areas moving at max potential, not only did they have decreased pain, but they improved their ideal body positioning to increase speed and accuracy. 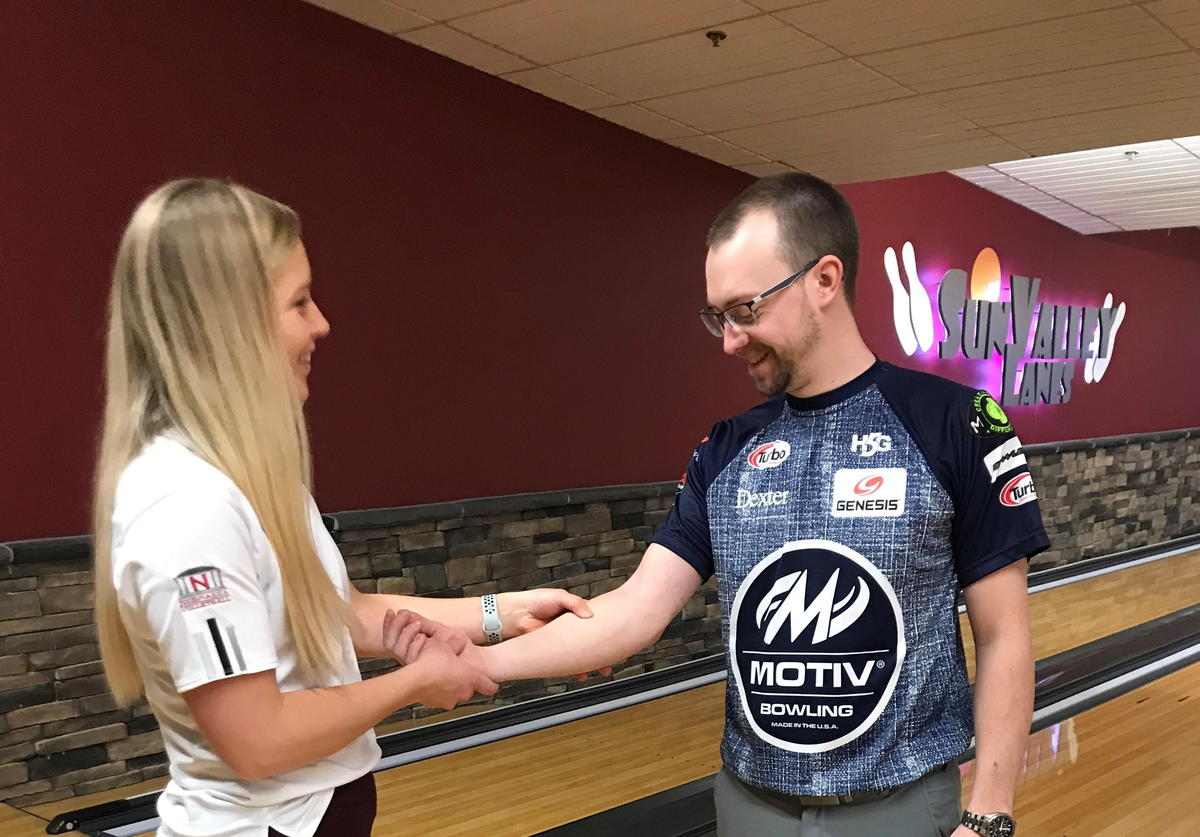 We also used adjustments to the areas circled in green. Not only does an adjustment promote proper motion of a joint, it also improves the communication between that joint and your brain. In a level of sport with such a narrow margin between 1st and 2nd place, this is huge!

Lastly, we went through the most important exercises for each individual. Exercise prescription is not one-size-fits-all. An underhand athlete is going to need a different approach than an overhand athlete. The basics may be about the same, however, we want to find the ones that provide “the most bang for your buck.”

Overall, it was such a cool experience getting to know these incredible athletes. Many are on the road for 200+ days per year training and competing. I can’t say that I am any better at bowling after this week, but I am definitely excited to try! 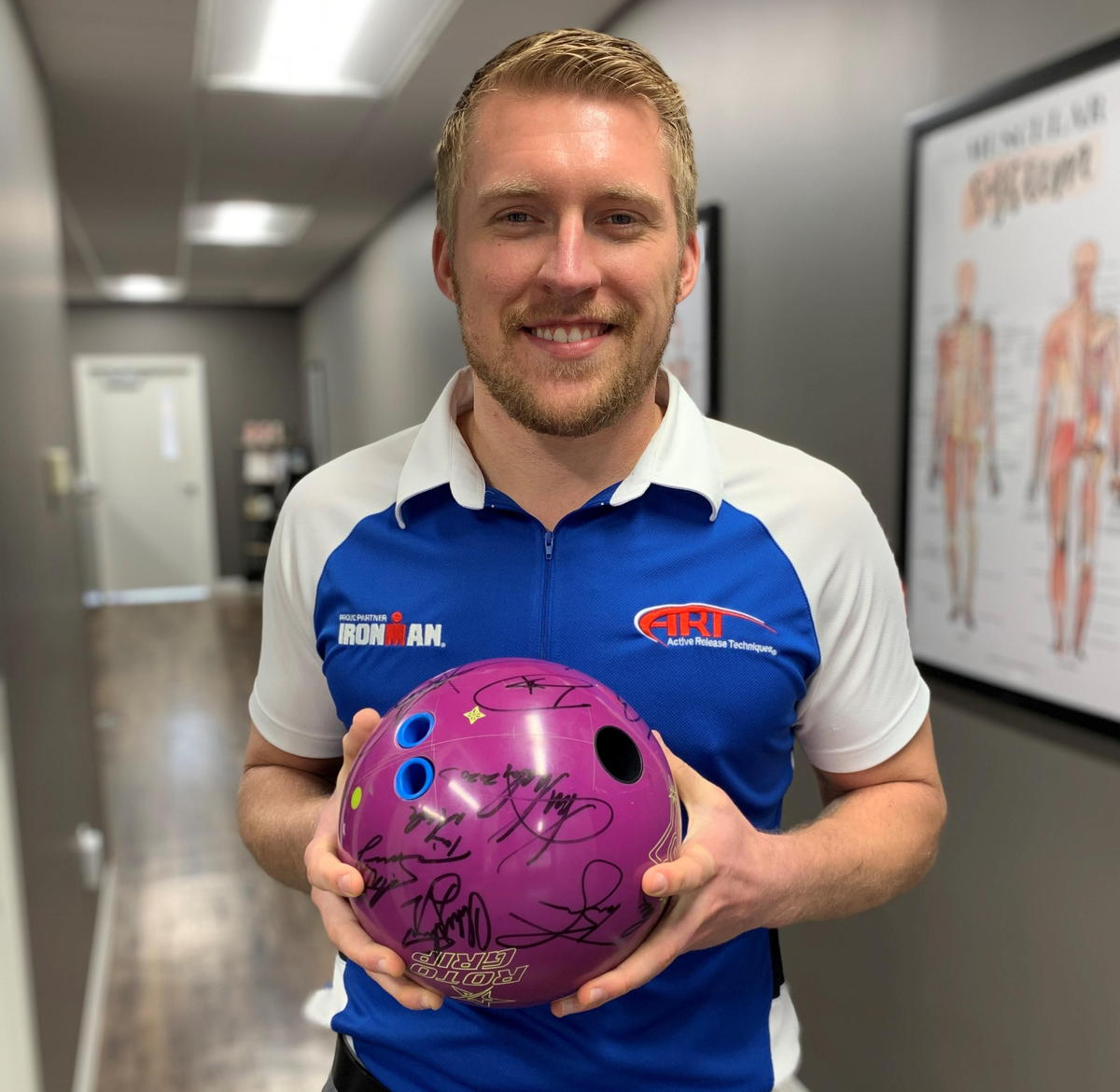 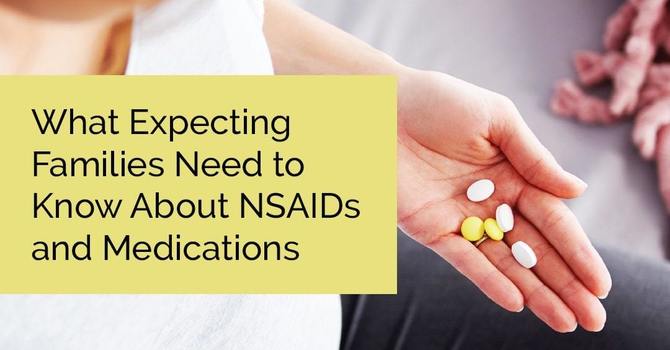 What Expecting Families Need to Know About NSAIDs and Medications 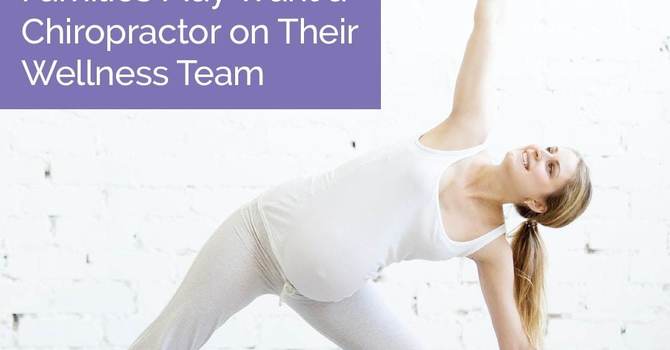 Why Expecting Families May Want a Chiropractor on Their Wellness Team 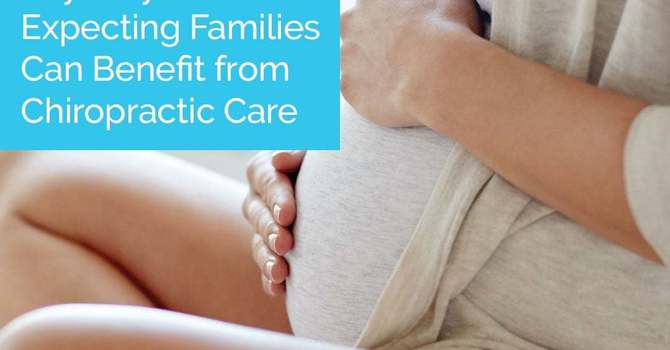